Welcome to StemRules.com, your platform for STEM business, career, education news and information.
Look around and let us know what you think.We will be tweaking the site.
Page 5 of 6 Prev Next 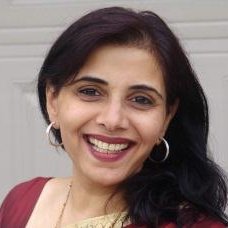 On May 5, 2016, Eleswarpu, as a leader of a “very large, infrastructure intensive organization” was one of three featured panelists at the Interop 2016. It is considered to be the leading independent technology conference.

Just last October, Eleswarpu was promoted to Senior Director of Cloud and Network Engineering at The Coca-Cola Company. She oversees the international beverage firm’s domain architecture, engineering, and design services.

Eleswarpu is a member of Tau Beta Pi, the engineering honor society and the Eta Kappa Nu, the honor society of the Institute of Electrical and Electronics Engineers.

She also handles the infrastructure engineering of Coca-Cola’s public, virtual, and private cloud as well as its voice and data network.