Welcome to StemRules.com, your platform for STEM business, career, education news and information.
Look around and let us know what you think.We will be tweaking the site.
Page 2 of 9 Prev Next

Alexandria Langford made Legos and internships pay off. 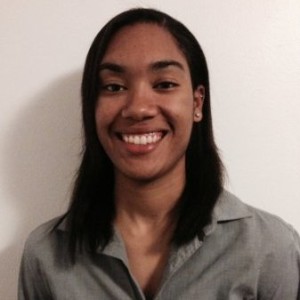 As a child, Langford learned about space in middle school, enjoyed building with LEGOs, and built model rockets. She combined her passions for building, and space, by receiving both a BS in Astronautical Engineering, and an MS in Mechanical Engineering from the University of Southern California.

In 2015, she was hired by NASA Ames Research Center as a Mechanical Engineer. Langford is now is responsible for planning, developing, designing, testing, and evaluating mechanical and structural equipment and systems for aerospace and spaceflight programs.

She says, “I never knew that at 19, I would work at NASA Johnson Space Center and then after graduating become a full time engineer at Ames.”

Career highlights include conducting research on the benefits of ceramic-coated aluminum rotor blades as an option to improve upon a 20-year- old design for the three-stage compressor in an 11-foot wind tunnel where air flows below, at, and above the speed of sound.

Langford says the geekiest thing about her is still collecting and building with LEGOs. The most non-geek thing is that in her free time she is an androgynous model assisting photographers to build a diverse portfolio for catalogue fashion.

She is also a huge sports fan that grew up playing basketball, baseball, and softball, and as adult plays basketball at two-to-three times a week.

Movie: Pirates of the Caribbean: Curse of the Black Pearl

Dream job: “I currently believe that I am at my dream job, but if I had to choose

another one I would love to be a Disney Imagineer.”