Welcome to StemRules.com, your platform for STEM business, career, education news and information.
Look around and let us know what you think.We will be tweaking the site.
Page 3 of 9 Prev Next 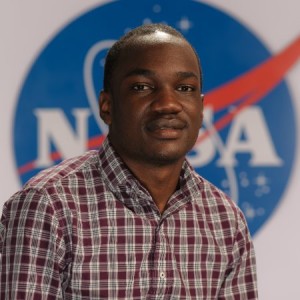 The class of 2014 graduate of the University of Michigan, Ann Arbor College of Engineering with a BS in Mechanical Engineering interned at NASA Johnson Space Center once and at NASA Ames twice.

So, if you want to know why the successful prediction and management of battery life that using prognostic algorithms through ground, and flight, tests is essential for performance evaluation of unmanned aerial vehicles. Just ask Nyangweso.

The American-born engineer, whose parents are from East Africa, is also obsessed with everything about motorcycles.

He says his favorite book is Zen and the Art of Motorcycle Maintenance: An Inquiry Into Values by Robert M. Pirsig.