Welcome to StemRules.com, your platform for STEM business, career, education news and information.
Look around and let us know what you think.We will be tweaking the site.
Page 2 of 7 Prev Next 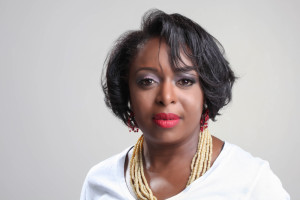 Kimberly Bryant knew her daughter could program and play games.

In 2011, Bryant founded and launched Black Girls CODE (BGC), a San Francisco nonprofit to attract and introduce young and preteen girls of color to computer programming and technology.

Since then, the holder of a Bachelor’s degree in Electrical Engineering from Vanderbilt University, who is also currently a Pahara-Aspen Institute Fellow, has expanded BGC into 10 US cities with a goal to reach 1 million girls by 2040. Before BGC, Bryant held executive positions in the pharmaceutical, and biotech sectors.

Bryant said in 1989, during a presentation at a New York City forum, that, “girls, especially those of color, are summarily bypassed as far as being accepted as creative, and capable change agents in the tech industry.”

Black Girls Code she continued, was founded “to redefine” that narrative and to “make a radical, fundamental and lasting change in the technology industry.”

BGC teaches girls aged 7 to 17 about programming and technology and assists their move into the industry. The group introduces girls to HTML, CSS, basic Web structure, and robotics hosts at summer camps. It also holds single-day workshops in the following cities: Atlanta, Los Angeles, Chicago, Washington, D.C., and Memphis.

Some of the information above appeared previously, in different form, in NSBE, the magazine of the National Society of Black Engineers.