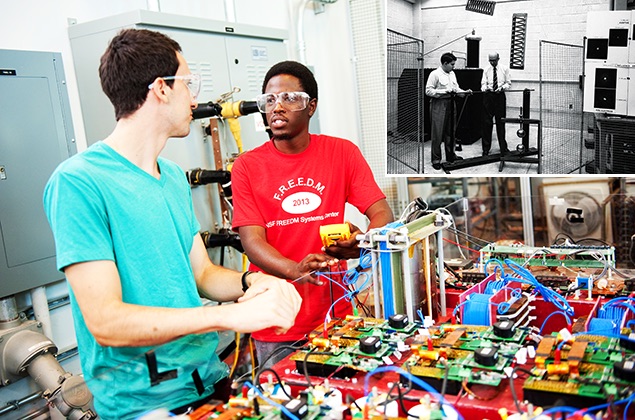 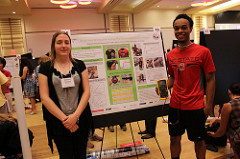 [Watch how NSCU began its body heat to electricity research.]

The prototypes are body-hugging, and the NCSU Department of Electrical and Computer Engineering says the clothes “can generate far more electricity than previous lightweight heat harvesting technologies.”

The previous problem: Associate professor says Daryoosh Vashaee, the research leader, was that the way to convert body heat used “heavy, stiff, and bulky” material that dispersed heat from another object. The technique also only generated only one microwatt or less of power per centimeter squared (µW/cm2).

NCSU’s solution: Developing  a layer of thermally conductive material that rests on the skin and disperses heat. But a polymer coating atop the material “prevents the heat from dissipating through to the outside air.”

Vashaee worked on the project as part of the National Science Foundation’s Nanosystems Engineering Research Center for Advanced Self-Powered Systems of Integrated Sensors and Technologies (ASSIST) department at NCSU. 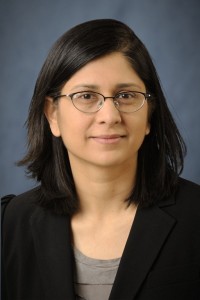 Misra is the Director of the National Science Foundation ASSIST Center. She earned her PhD, MS, and BS degrees in Electrical Engineering at North Carolina State University. 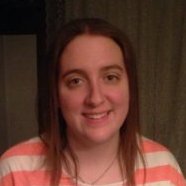 Melissa Hyland is a Research Assistant, and a student, at NCSU State studying for a BS in Civil Engineering. She previously received a Bachelor of Science degree in Earth Science from the University of North Carolina at Charlotte in 2014. 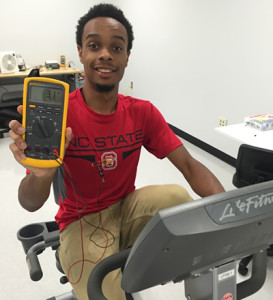 Haywood Hunter is an undergraduate researcher with ASSIST, and a senior majoring in Electrical Engineering.

[Get info on the NCSU Summer Research program at ASSIST, here.] 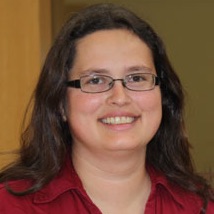 Jie Liu, no photo available, is a postdoctoral researcher at NC State

The heat conversion research was funded by the National Science Foundation and by the Air Force Office of Scientific Research.

Vashaee says that “goal of ASSIST is to make wearable technologies that can be used for long-term health monitoring, such as devices that track heart health or monitor physical and environmental variables to predict and prevent asthma attacks.”