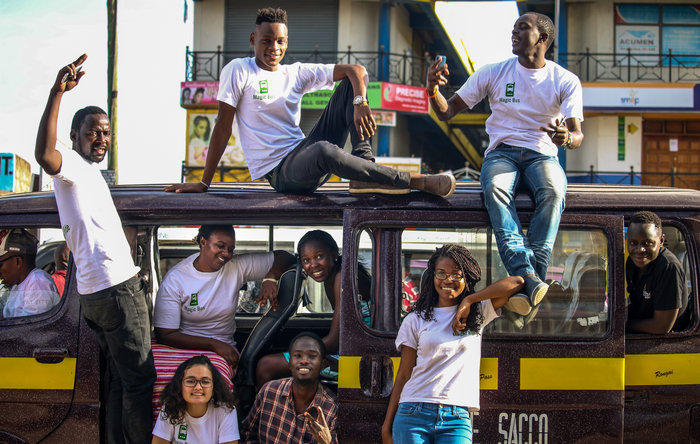 Above, the Magic Ticketing Bus team in Nairobi, Kenya.

Did They Create the Uber for Minibuses?

One current and three 2015 college graduates, with STEM and STEM-related majors, have created an app to make urban transportation in developing countries safe, affordable, and predictable.

In 2015, Wyclife Omondi, Sonia Kabra, Leslie Ossete, and Iman Cooper were undergraduates at Earlham College, a small liberal arts school, in Richmond, IN. After Omondi heard, and told his friends, about the 2016 President’s Challenge on Crowded Urban Spaces, they brainstormed.

The Solution: MBT created a text-based ticketing platform. Users pre-book tickets based upon bus type, fare, and estimated time of arrival, at an affordable price and pay using mobile money.

Riders show the confirmation to the drivers, freeing them of carrying cash or making change. Bus operators, and owners, also win as pre-booking sets routes with more, and regular customers, and less waiting. MBT says on its website: “More commuters = more income!”

Pre-booking aggregates the demand for the buses, allowing for strategic daily operations. Rather than waiting to get full, buses can go directly to where commuters are and make more trips in a day. More commuters = more income!

MBT Supporters include the Digital Matatus Project. Its researchers at the University of Nairobi School of Computing and Informatics, the Center for Sustainable Urban Development at Columbia University, and the Civic Data Design Lab at MIT mapped Nairobi using GPS and smartphones. 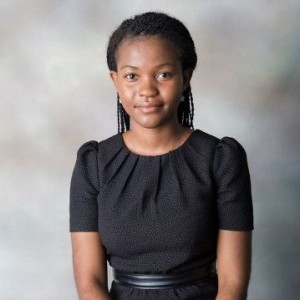 Ossete is the Magic Bus Ticketing CEO and a co-founder. She received her BA in Economics and Business and Nonprofit Management in 2015.

She is based in Nairobi and working on Magic Bus. Ossete also works as a Clinton Global Initiative Commitment Maker leading a pilot project, Mateya. Its goal is to bring accessible and affordable educational materials into the urban slums of Brazzaville, the capital of the Republic of Congo. 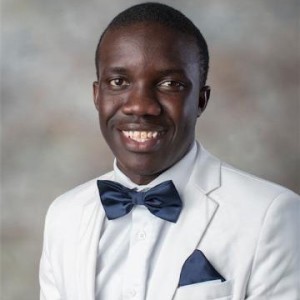 Omondi, a co-founder of Magic Bus Ticketing is the Chief Financial Officer for the startup and a senior majoring in Economics at Earlham College. He will graduate in 2017. 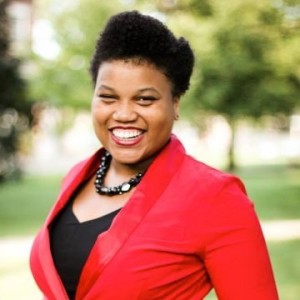 Cooper is a co-founder of Magic Bus Ticketing and works on Strategic Partnership & Marketing based in Boston and Nairobi, Kenya. She received her BA in Peace & Global Studies and Biology from Earlham College in 2015.

In high school, the Indiana native was selected as one of 250 seniors out of 71,000 applicants, to be a Coca-Cola Scholar based upon her leadership, academic excellence, and community service. She interned with World Kitchen, LLC in Malaysia, and with Harvest House Nicaragua, and was the Co-Secretary General of the Earlham College Model United Nations.

Cooper, 23, told the Washington Post, that “Transportation is the one thing that is completely overlooked when you think about how you can change systems and make people have better access to opportunities,” “It’s overlooked so often, but it can facilitate so many opportunities.” 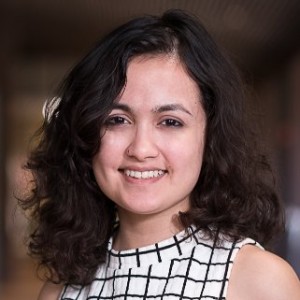 Kabra. raised in India, is a co-founder of Magic Bus Ticketing. In 2012, she was graduated from Earlham College with a BA in Biochemistry. She interned as a Research Assistant at the Herman B. Wells Center for Pediatric Research, Indiana University.