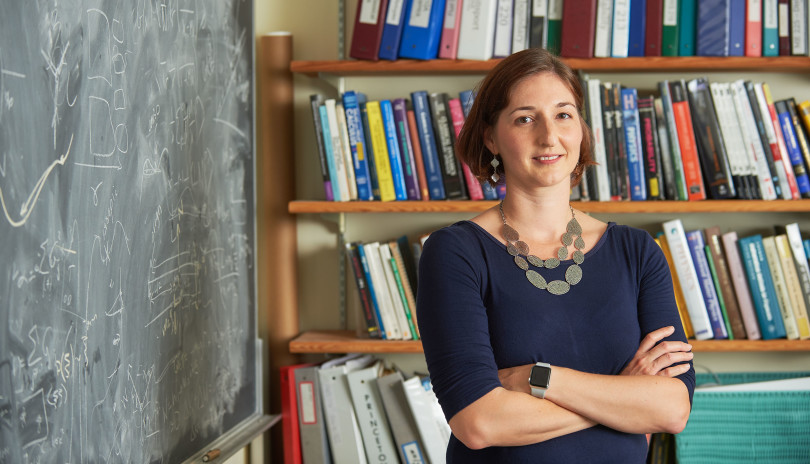 In September 2018, Science News (SN) featured “early- and mid-career scientists who will someday be feted “for tackling the big questions facing science and society.”

A Nobel laureate or a new National Academy of Science member, and Science News staff, nominate each, age 40 or under, scientist.

The SSP hosts global competitions, including the Regeneron Science Talent Search, the Intel International Science and Engineering Fair, and the Broadcom MASTERS. The Society publishes Science News for Students. 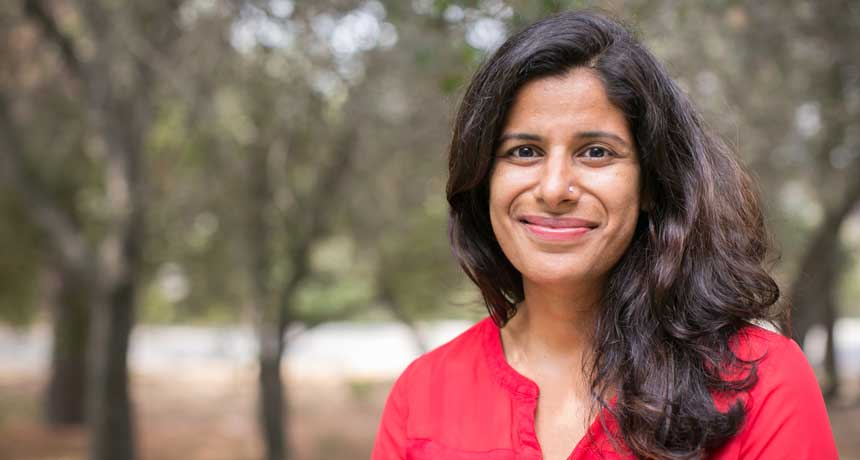 Shahzeen Attari takes a multidisciplinary approach to environmental issues. She melds psychology and engineering to focus on “biases that shape people’s judgments and decisions about resource use and systems, and how to motivate action on climate change.”

Her unique insight has provided the associate professor, at the School of Public and Environmental Affairs at Indiana University Bloomington (IUB) with acclaim and support. In 2017-2018 she was a Fellow at the Center for Advanced Study in the Behavioral Sciences at Stanford University.

In 2018, she received a $200,000 Andrew Carnegie Fellowship. Given to support “31 extraordinary scholars and writers” in the fields of science, law, technology, business and public policy.

She was an intern at Resources for the Future. It seeks to improve environmental, energy, and natural resource decisions through impartial economic research and policy engagement. 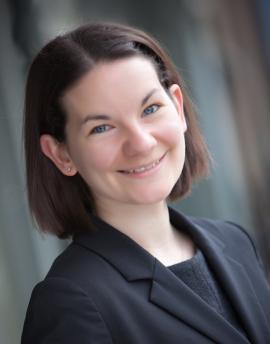 Emily Balskus researches how microorganisms do chemistry in our bodies, and says Science News how “microbes influence human health.”

Balskus has been an Associate Professor of Chemistry and Chemical Biology at Harvard University since 2011. She directs the Balkus Group. It focuses on discovering, understanding, and employing microbial metabolism.

Balskus is an Associate Member of the Broad Institute of Harvard and MIT and a Faculty Associate of Harvard’s Microbial Sciences Initiative.

She received the 2011 Smith Family Award for Excellence in Biomedical Research and the 2012 National Institutes of Health Director’s New Innovator Award. Balskus was a 2012 Searle Research Scholar awarded for “outstanding individuals who have recently begun their appointment at the assistant professor level.” 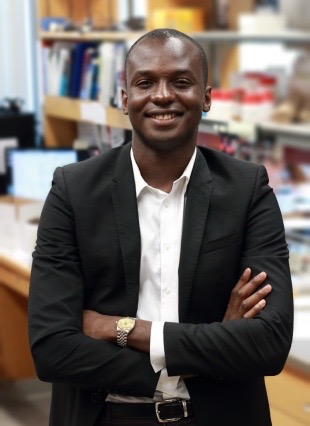 Ibrahim Cissé, 35, who became an Assistant Professor of Physics at the Massachusetts Institute of Technology in 2014, loves to drill down.

In his Cissé Laboratory, they examine images of single molecules in live cells “to study collective behaviors (e.g. protein clustering) emerging from weak or transient biomolecular interactions in mammalian cells.”

STEMRules covered Cissé previously, in 2016 in An Historically Black University ‘s Grand Year in STEM Ain’t Over Yet.

The son of a lawyer in the West African country of Niger, (pronounced as nee-SZEHR), Cissé earned his BS in physics in 2004 from Historically Black North Carolina Central University. He received his PhD in Physics from the University of Illinois at Urbana-Champaign.

The multiple award winner worked as a Research Specialist at the Howard Hughes Medical Institute and was a Postdoctoral Research Fellow at Ecole Normal Superieure in Paris. 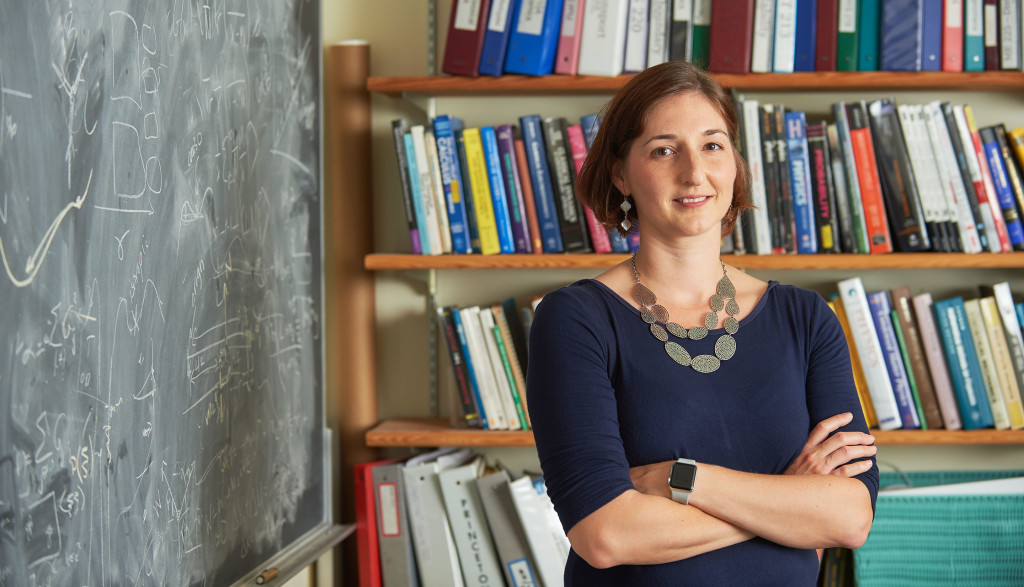 Lisa Manning, an Associate Professor at Syracuse University, according to Science News, began blending physics and biology in high school. She used math to determine the ratio of food needed to feed microbes to provide energy for a biochemical fuel cell.

Manning, 38, now has used such curiosity to focus on non-equilibrium materials, and to win an extraordinary amount of research funding.

Her research’s practical applications include studying granular materials that could assist the pharmaceutical sector in processing; researching glasses “found all over in material sciences. Manning uses physics to study biological tissues.

In 2016, the Simons Foundation chose Manning as a Simons Investigator. The five-year, $500,000 grant supports outstanding scientists “in their most productive years, when they are establishing creative new research directions, providing leadership to the field and effectively mentoring junior scientists.”

BTW, her high school project won “first place in the engineering category at the 1998 Intel International Science and Engineering Fair.”

The Associate Professor of Electrochemistry, at the University of Illinois at Urbana Champaign is gaining renown for developing a new substance to store batteries’ electric charge. Electrochemistry is the study of chemical processes that cause electrons to move.

Rodríguez-López Speaks on The Future of Energy Storage

Rodríguez-López collaborates, on green battery research, with the Joint Center for Energy Storage Research, a federal entity that supports “promising areas of energy science and engineering from the earliest stages of research to the point of commercialization.”

Rodríguez-López says his group “combines interests in analytical and materials chemistry with the intention of dramatically improving the performance of energy technologies such as batteries, fuel cells, and photocatalytic systems for green energy technologies.”

Originally from Mexico, Rodríguez-López received his PhD in Analytical Chemistry from The University of Texas. His BS in Chemistry is from the Tecnológico de Monterrey. He did his postdoc work at Cornell University. 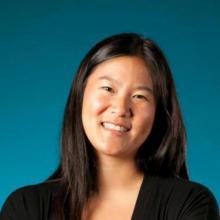 Jenny Tung, 36, is at home in her Duke University lab as in a game preserve in East Africa.

Tung “believes” that studying monkeys can help humans understand how health is impacted by ongoing stress. “Monkeys don’t smoke, and they don’t do yoga,” she says,” to relax, but they like humans experience similar psychosocial stress and seek means to reduce it.

Tung combines Genomics and Evolutionary Anthropology to study stress at Duke University, where she also earned her PhD and BS. Genomics is “the branch of molecular biology concerned with the structure, function, evolution, and mapping of genomes.”

In the Tung Lab, the Associate Professor in both the Biology and Evolutionary Anthropology Departments at Duke leads research that uses “genetic and genomic tools to shed light on behavioral and evolutionary questions.”

Tung is also the Associate Director for Genetics at the Amboseli Baboon Research Project-University of Notre Dame. Most field research is on baboons in the Amboseli National Park in Kenya. She s also a Duke Population Research Institute faculty associate.