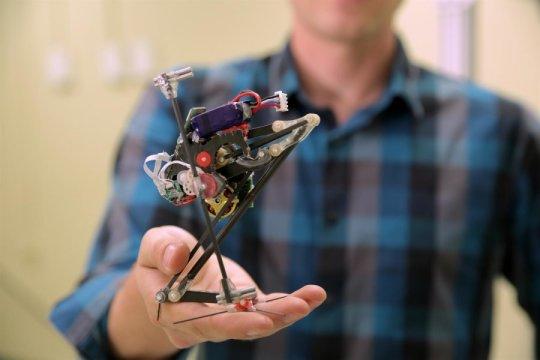 Credit for photo, above: Stephen McNally, UCal at Berkeley 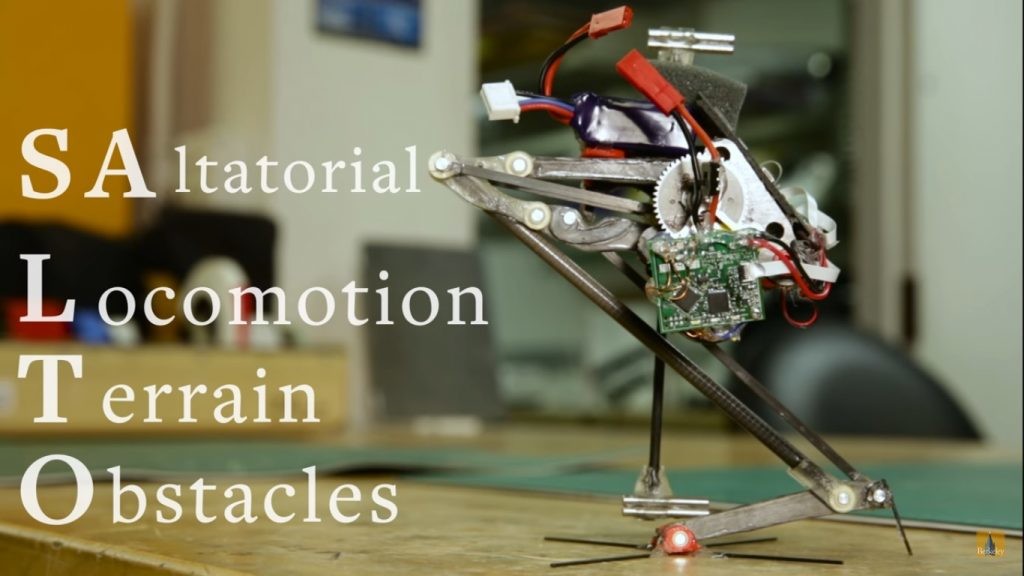 It doesn’t look like much. But mini-robot, SALTO (saltatorial locomotion on terrain obstacles), which weighs 3.5 ounces and is 10.2 inches tall, is ready to leap at, and then, spring off walls. A heck of an achievement for a bot. BTW, Saltatorial is defined as “marked by, or adapted for leaping.”

The University of California at Berkeley roboticists who built SALTO, say that its agility open new modes of movement not attainable by robots before. One day, the researchers say SALTO and other vertically agile robots may jump around wreckage “in search and rescue missions.”

[Note: BML Researchers, Alumni, and a Collaborator are profiled below.]

The US Army Research Laboratory under the Micro Autonomous Systems and Technology Collaborative Technology Alliance, and the National Science Foundation supported the research.

BML modeled SALTO on the animal world’s best vertical jumper: the African galago, or bush baby. To compete, researchers created a metric to measure vertical agility, or “the height that something can reach with a single jump in Earth gravity, multiplied by the frequency at which that jump can be made.”

[Watch How bush babies leap so far and are fearsome predators.] 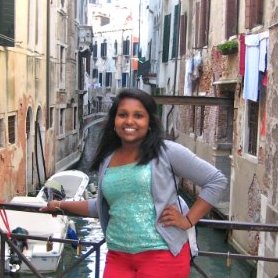 Nagabandi has been an Engineering Intern at Carnegie Robotics LLC since 2015. The graduate student is aso on track to receive a PhD degree in Electrical Engineering and Computer Science from the University of California at Berkeley in 2019. Her focus is on Control, Artificial Intelligence, and Robotics.

Previously, she was an intern in Control Systems Engineering at MIT Lincoln Laboratory, and before that a Product Engineering Intern at Texas Instruments.

The traditional Indian dance company member and choreographer also was graduated from the University of Illinois at Urbana-Champaign where she earned her BS in Electrical Engineering. 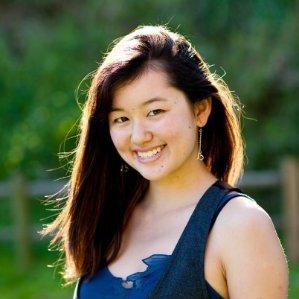 Lee has been a member of the Biomimetic Millisystems Lab for three years. The mechanical engineering PhD student at UC Berkeley’s research is on nature-inspired biomimetic engineering and she applies insight to engineering design.

She has worked as a graduate student in UCal’s Poly-Pedal Lab: the Science of Motion, Seoul National University’s BioRobotics Lab, and Professor Kimberly Turner’s Mechanics of Microscale Systems Lab at the University of California, Santa Barbara.

The former Junior Zoologist at the San Francisco Zoo, is now a member of the Women in Computer Science and Engineering. She has given back as a Robotics Lead for a program that teaches elementary school students about biomimetic robots, and is a member of the Bay Area Scientists in Schools, part of CRS: Community Resources for Science. Biomimetic means relating to or denoting synthetic methods that mimic biochemical processes. 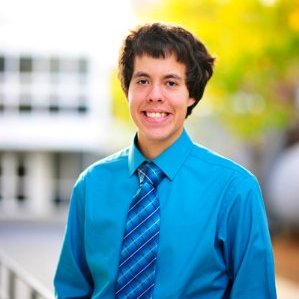 Casarez became a Biomimetic Millisystems Lab Graduate Student Researcher at UC Berkeley in 2013. He is a PhD candidate, for graduation in 2018, in the university’s MS/PhD program in Mechanical Engineering.

He earned his B.S. in Mechanical Engineering with a minor in Physics from the University of Maryland College Park in 2013. He was a member of the Louis Stokes Alliance for Minority Participation program, and studied how to improve the mechanical efficiency of jumping millirobots.

In 2011, Casarez researched a test apparatus for a climbing robot at UCal Berkeley, and received a Barry Goldwater scholarship in 2012. 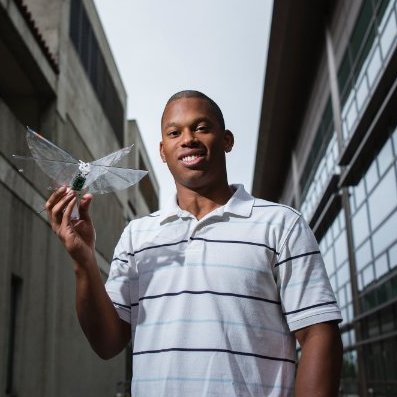 Rose has loved flight since childhood. In high school, he was a member of the Civil Air Patrol and later earned his pilot’s license. He received both his MS and PhD degrees in Electrical Engineering and Computer Sciences from University of California, Berkeley, and his BS in Computer Engineering from University of Maryland College Park.

Rose, as PhD student, told National Geographic that, “My dream is to be able to contribute one day to advancing the field of robotics enough to achieve something even close to the level of maneuverability and control that animals possess in nature,”

While at Berkeley, he was a Biomimetic Millisystems Lab member from 2013-2015. He also spent five years as a Graduate Researcher UC Berkeley, where he worked on modeling and control of the H2Bird ornithopter. An ornithopter is an aircraft that flies by flapping its wings as insects, bats, and birds do.

Since July 2016, Rose has been a Guidance Navigation and Control Engineer at the Northrop Grumman Corporation.

In 2013 Rose told National Geographics that, “My dream is to be able to contribute one day to advancing the field of robotics enough to achieve something even close to the level of maneuverability and control that animals possess in nature.”

He also envisioned using his knowledge and passion for robotics to encourage African Americans to pursue like paths. He said many students lacked the opportunities he had. A disparity he addressed by speaking at schools and showing his robots. Rose wants to help. “I’d like to see the number of African Americans pursuing undergraduate degrees and PhDs in engineering increase,” he said.

Rose is a member of The California Alliance. Four doctoral degree granting California schools: UCal at Berkeley, UCLA, Stanford University, and Caltech collaborate to “significantly increase the movement of underrepresented minority students into the most competitive research and teaching careers in the mathematical, physical, and computer sciences and engineering.” 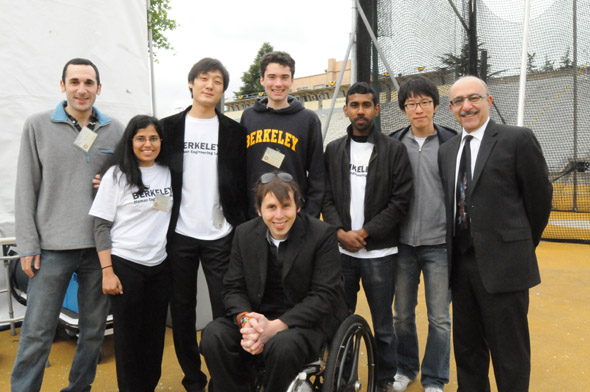 Pillai, second from left above, is the Co-founder and Research Engineer, and Vice President of Industrial Systems of suitX, also known as US Bionics, Inc. At suitX, the 2007 Biomimetic Millisystems Lab member, designs, engineers, and makes active and passive medical: the Phoenix, and industrial: the Max, exoskeleton systems to increase mobility and lessen injuries.

[Watch Walking Would Be Unbelievable with suitX.]

In February, suitX, in Dubai, won the $1million top prize at the 2016 UAE AI & Robotics for Good Competition for its pediatric medical exoskeleton. The company also presented its medical exoskeleton to the World Government Summit conference’s 3000-plus dignitaries in the Arab Emirate.

The 2007 Biomimetic Millisystems Lab member, who joined suitX in 2013, received her Phd in Mechanical Engineering from the University of California at Berkeley in 2014 She earned her BS and MS degrees in the same discipline from UCal Berkeley. While a laboratory Assistant at UC Berkeley, Pillai designed a Linear Hydraulic Actuator for Actuated Prosthetic Knee. 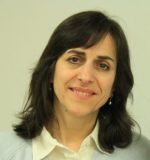 Maboudian is a UCal Berkeley Professor of Chemical and Biomolecular Engineering. Her Roya Maboudian Lab, with a diverse staff, specializes in physical and chemical issues related to the development of new applications of micro- and nanotechnology. The lab has “interest and expertise in materials, electrochemistry, interfacial phenomena, self-assembly, and nanofabrication.”

She received her BS in Electrical Engineering from the Catholic University of America, Washington, D.C., and her MS and PhD degrees in Applied Physics from the California Institute of Technology (Caltech) in Pasadena.

She is the recipient of several awards, including the Presidential Early Career Award for Scientists and Engineers (PECASE) from the White House, and the Beckman Young Investigator award. She is a Fellow of the American Vacuum Society.