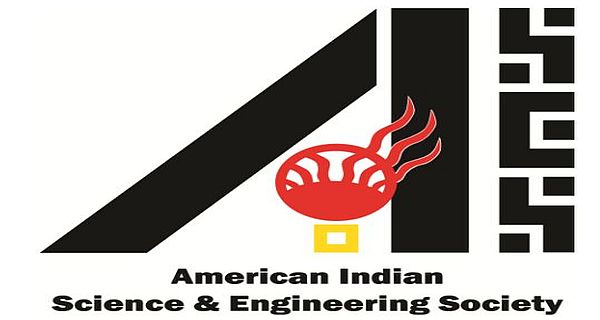 The 2016 AISES Professional of the Year Award Winners 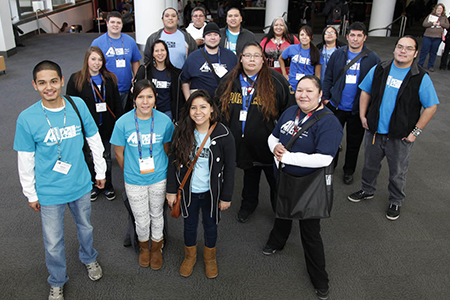 Not awardees, members of a student chapter of the American Indian Science and Engineering Society (AISES).

The American Indian Science and Engineering Society (AISES) awarded five individuals with its 2016 AISES Professional of the Year Awards recently.

[Go here for other STEM Rules features about AISES members.]

The AISES Professional of the Year Awards was created to deliver credit to outstanding American Indian and Alaska Native STEM professionals. 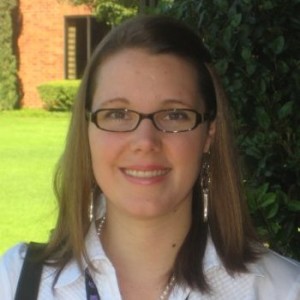 Among several projects, she is currently working on the concept implementation of Blockchain Hyperledger Research. Techtarget.com defines a blockchain as “a type of distributed database that stores a permanent and tamper-proof ledger of transaction data.”

Astigarraga, holds or co-holds 28 issued patents, more than 37 pending patents and 65 patent applications filed. The co-author of several publications has risen steadily at IBM since being hired in 2002.

The member of the Choctaw Nation of Oklahoma received her MS in Computer Information Systems and her BA in Spanish Linguistics and Communications from the University of Arizona.

The Choctaw Nation of Oklahoma is located in southeastern Oklahoma.

In 2007, Astigarraga was awarded AISES Most Promising Engineer award and a National Women of Color Technology Award for Educational Leadership in 2008.

The technical excellence nominees must have made a significant contribution to science, engineering or technology by having designed, developed, managed or assisted in the development of a product, service, system or intellectual property. 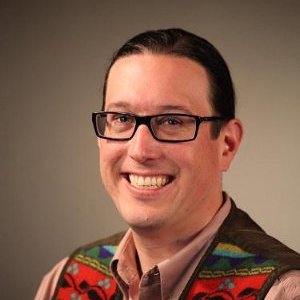 Dockry is a Research Natural Resource Specialist/Social Scientist for US Department of Agriculture Forest Service in St. Paul, Minn.

The Potawatomi Nation Citizen works with a group that does social and ecological research to support natural resource management, decision-making, and policy that impacts the human-environment system.

Dockry says he works with tribal communities to get their perspectives on natural and cultural resource management in the context of climate change, and researches perceptions of sustainability, community and indigenous forest management, and environmental history.

Dockry’s dissertation was titled “Indigenous Forestry in the Americas: Comparative Environmental Histories in Bolivia and Wisconsin.”

His professional and technical honors include receiving $1.1 million for research and $222,000 for educational outreach activities. He is Associate Editor of the Journal of Forestry, Chair of the American Society for Environmental History Diversity Committee, and author 40 papers, 11 policy/land management plans, and 15 invited presentations.

More on the Potawatomi Nation and an AISES member 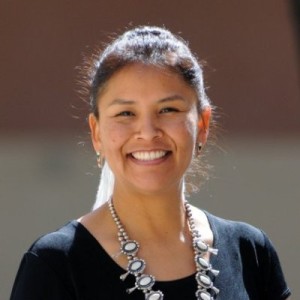 Capitan is a member of the Navajo Nation, and a Diversity Projects Lead at Sandia National Laboratories.

For more than 10 years, the recipient of BA in Criminology from the University of New Mexico, has lit a path for Native Americans in STEM careers.

More on the Navajo Nation

The Navajo Nation (Navajo: Naabeehó Bináhásdzo) is a semi-autonomous territory about the size of West Virginia, with a 2010 population of 174,000. It encompasses parts of northeastern Arizona, southeastern Utah, and northwestern New Mexico. It is the largest land area retained by a US First Nation.

Professional of the Year: Karletta Chief 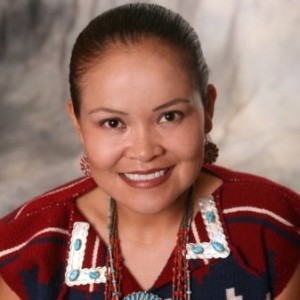 Chief, a member of the Navajo Nation, is an Assistant Professor and Extension Specialist-Hydrology in the Department of Soil, Water and Environmental Science at the University of Arizona in Tucson.

She is also the lead primary investigator for the “Climate change vulnerability of Native Americans in the Southwest” research project.

[Watch Karletta Chief speak about why she became a hydrologist.]

Chief grew up in a Navajo mining community, where it and her family was impacted adversely by the mine’s degradation of water sources.

Hydrology is defined as a discipline “concerned with the properties of the earth’s water, especially its movement in relation to land.”

Chief partnered with the University of Arizona College of Public Health on two grants both funded for over $1 million for environmental justice work on the impact of the Gold King Mine spill in northwestern New Mexico.

An awardee is a veteran senior manager or engineer, scientist, professional, or academician with area and budget responsibilities.

Johnson, a member of the Cherokee Nation, is a Senior Manager and Functional Chief Engineer for Boeing Commercial Aircraft at The Boeing Company in Seattle.

The holder of five patents and at least 10 professional awards, author of three publications, and member of three boards, received his MS and BS in Aeronautics and Astronautics from the University of Washington.

The licensed Professional Engineer is active in AISES activities and has served as a professional member and advisor.

The Cherokee Nation is headquartered in Tahlequah, Oklahoma, in Cherokee County in the northeastern corner of the state at the beginning of the Ozark Mountains.

Between 1830 and 18150, United States systematic ethnic cleansing forced the current tribe’s ancestors from the American southeast onto the Trail of Tears which lead to Indian Territory: now Oklahoma.