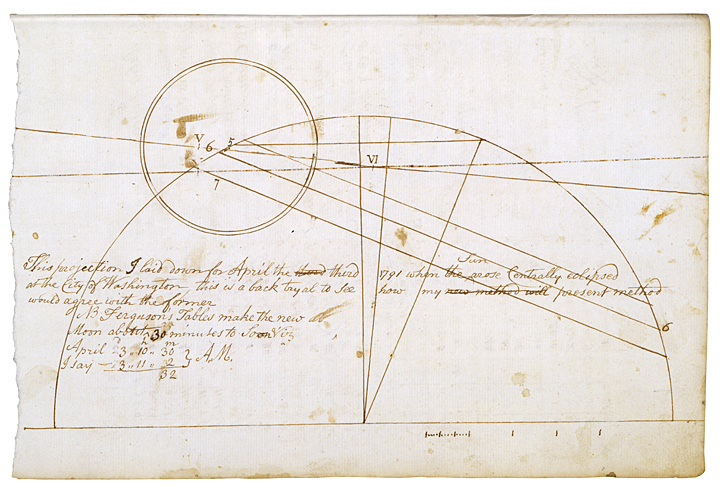 Above, Benjamin Banneker’s diagram of the eclipse on April 3, 1791. 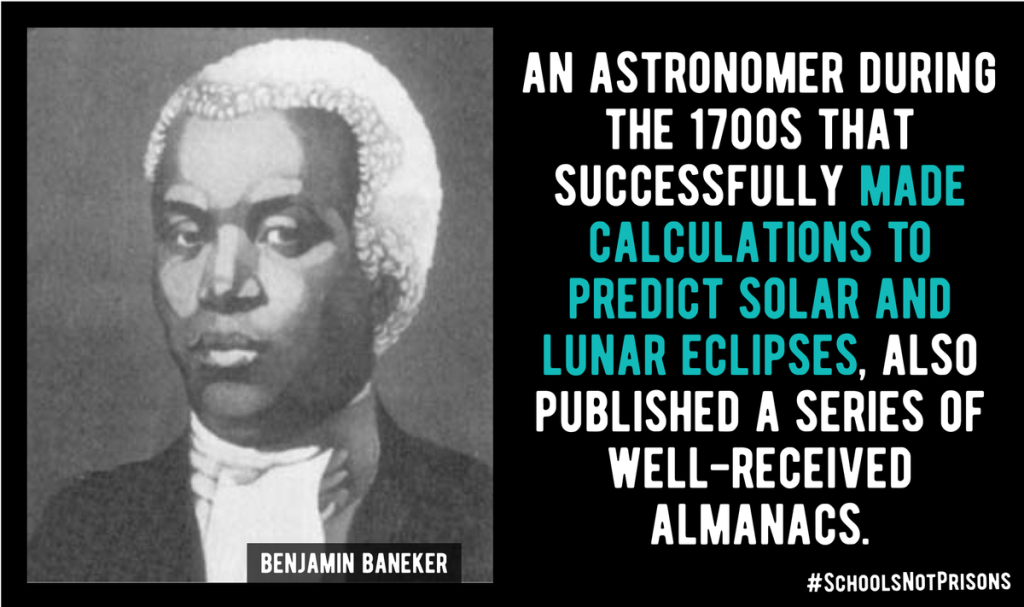 “In 1791, self-taught black astronomer Benjamin Banneker correctly calculated the eclipse date, contradicting most respected mathematicians. Banneker then sent Thomas Jefferson a mic-drop of a letter, along with a copy of his meticulous work. Banneker wrote that he was “recommending to you and all others, to wean yourselves from those narrow prejudices which you have imbibed with respect to [my brethren].” Source: 8/20/17 Mashable. 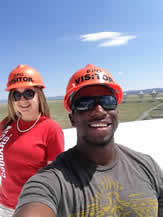 His task was to operate a telescope, as part of the Citizen CATE (Continental-America Telescopic Eclipse) Experiment, “to capture images of the inner solar corona using a network of more than 60 telescopes operated by citizen scientists, high school groups and universities.” 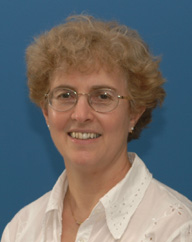 Habbal is a member of the 2017 American Astronomical Society Solar Eclipse Task Force. She is a professor of Solar Physics and her research is focused on solar wind and solar eclipse. The Syrian-American astronomer and physicist  specialized in Space Physics and received her PhD from the University of Cincinnati. 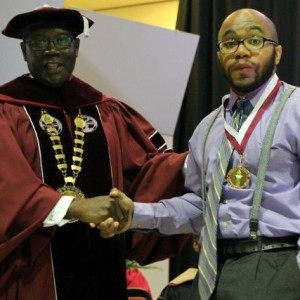 Stallworth, on right, on graduation day.

Stallworth, a Materials Test Engineer at Jacobs Technology, a construction engineering company, analyzes material properties in ways including tensile or hardness assessments of the impact of low and high temperatures.

Previously, he was a research aide in solar physics at the University of Alabama in Huntsville where he fitted bezier curves to solar activity to gain insight into solar coronal mass ejection, solar flares, and other solar disruptions.

He  received his BS in Mechanical Engineering with a focus on propulsion from Alabama A&M University, a historically-black school.  He also has an AS in CAD/CADD Drafting and Design Technology. 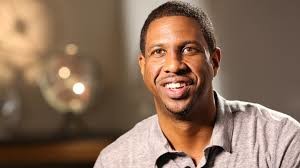 Oluseyi is a Distinguished Research Professor in Physics and Space Sciences at Florida Institute of Technology, and an Astrophysicist at NASA headquarters.

Watch Oluseyi speak about safe viewing of an eclipse

Oluseyi holds a PhD and an MS in Physics from Stanford University, and BS degrees in Physics, and Mathematics, from Tougaloo College, a historically-black school in Mississippi. 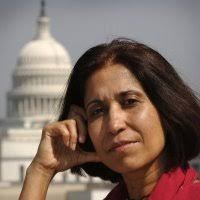 Guhathakurta, a NASA astrophycisist, is the Lead Program Scientist for NASA’s Living With a Star program. It focuses on “on understanding and ultimately predicting solar variability and its diverse effects on Earth, human technology and astronauts in space.”

She is also the Program Scientist for the “Solar Terrestrial Relations Observatory” (STEREO). Its two-year mission employs “two almost identical space-based observatories – one ahead of Earth in its orbit, the other trailing behind – to provide the first-ever stereoscopic measurements to study the Sun and the nature of its coronal mass ejections, or CMEs and their impact on space-weather. In addition to leading science missions for the LWS program.”

Garcia joined NASA in 2014 as an Instrument Engineer at NASA Goddard Space Center and worked on the “first solar-dedicated hard x-ray direct imager instrument: HEXITEC.Before that, he was a NASA Analog Engineer, and a Spacecraft Engineer.

He is also president of PRatian LLC. The Puerto Rico-based research group of Caribbean professionals seeks to develop “commercial technologies in the field of astronautics.”