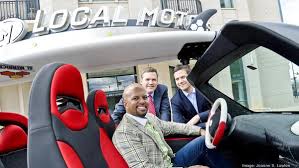 He is a child of Germany, a great supporter of all things related to German Football—soccer to most Americans-, and a “son of Wabash.”

Woessner, received his BA in Physics and German from Wabash College, and his MBA focused on Management and Mechanical Engineering from Georgia Tech.

He became a member of the National Society of Black Engineers while in college, where he played varsity soccer, ran varsity track, and played cricket.