Above, a full-scale model of the Webb, with its five-layer sunscreen, at the Goddard Space Flight Center. The Webb weighs 12,000 pounds, is 80 feet long, 40 feet wide, and 40 feet tall.

While the Hubble Space Telescope continues mapping the universe, a global consortium of scientists are finishing its replacement’s ground tests. In 2018, the James Webb Space Telescope (Webb) will be launched  to survey nebulae, stars, and galaxies in spectacular, informative detail for astronomers worldwide.

The Webb’s Sunshield cools its telescope to -387 F. If it were warmer than that, the telescope’s head would corrupt data gathered by the Webb’s infrared sensors as they view distant galaxies, early stars, and planetary systems. The sunscreen is “like going outdoors applying sunscreen of ‘SPF’ of 1.2 million on your skin,” says NASA.

[View STEMRules gallery: How Astronomers Keep Their Heads to the Sky.]

and [Watch Hubble Rap by the Science Rap Academy]

Diverse Scientists Who Have Worked on the Webb Telescope

NASA says that, “Over 20 years, Robert has managed to design a great number of highly complex engineering systems that successfully flew on board NASA’s Manned Space Flight Programs.”

Rashford says, “Caribbean values have provided me with the foundation to achieve success over the years working as a aerospace engineer.” 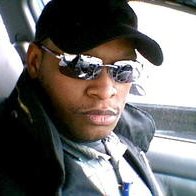 Fendall, who joined NASA in 2013, is a Mission Engineer and an Aerospace Technologist at the NASA Goddard Space Flight Center. The former member of the National Society of Black Engineers is also the founder and owner of Q Labs, a research consultancy. The former NASA astronaut candidate also worked at General Dynamics Land and Robotic Systems, and SAIC, a defense contractor.

He received his BS in Computer Science/Engineering from Chestnut Hill College, a Master Certificate in Electronic Engineering, Intelligent Systems from Temple University, and an MS in Applied Physics/Engineering Physics from George Mason University. Acosta was hired as the Chief Engineer at the Space Telescope Science Institute (STScI) at The John Hopkins University, in May 2016. Her brief in STScI’s  Operations and Engineering Division Data Management System area includes responsibility in the Webb, and the Hubble programs.

The former leader in the Society of Hispanic Professional Engineers was a Senior Lead Engineer at Booz Allen Hamilton, and worked at Lockheed Martin.

She has a BSE in Computer Engineering and Telecommunications Engineering, and an MSE in Electrical Engineering from the University of Pennsylvania.

Hasan is the James Webb Space Telescope Program Scientist and the Education and Public Outreach Lead for Astrophysics. She monitors and manages the Webb’s science program for the Webb Telescope. In 1976, Hasan received a doctorate in Theoretical Nuclear Physics from the University from Oxford.

Sukhatme is the project manager for the Mid-Infrared Instrument or MIRI. It is one of the Webb’s four science instruments. She works at the NASA’s Jet Propulsion Laboratory, or JPL, California Institute of Technology in Pasadena, California.

She has a Bachelor of Technology degree in Engineering Physics from the Indian Institute of Technology at Mumbai, and was first in her class. Her MS and PhD Degrees in Physics are from the University of California, Irvine or UCI.

Check out the Webb’s Observatory, Innovations, and Instruments.

[Watch How the Webb’s sunscreen functions.]