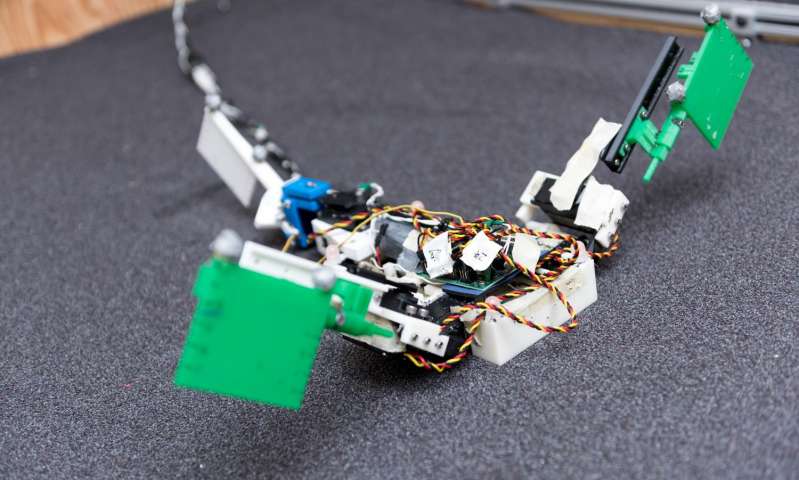 The African Mudskipper Shows the Way 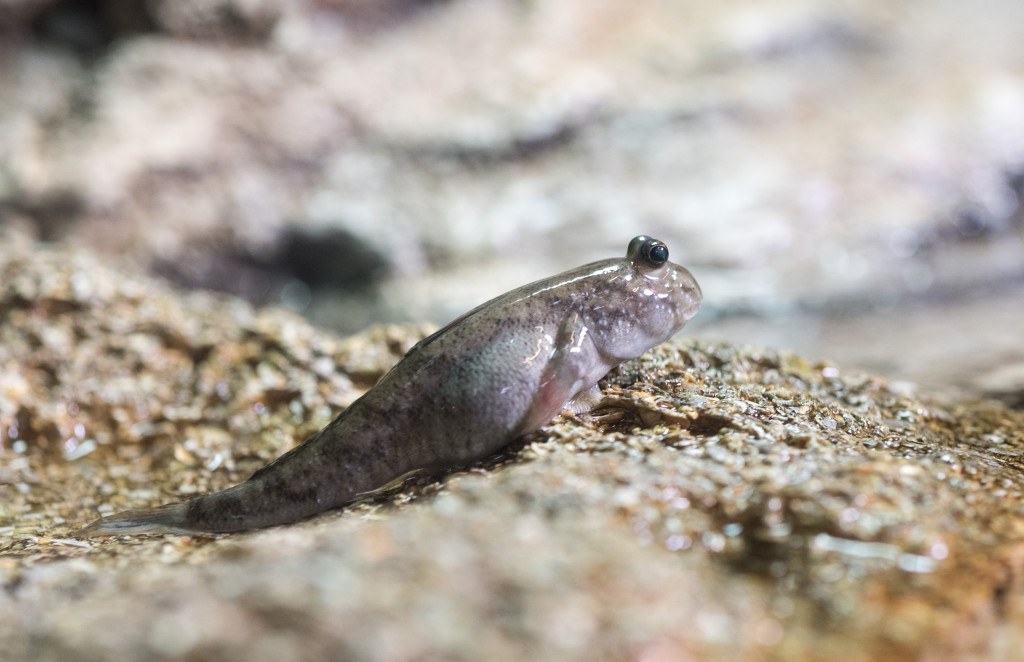 ScienceDaily.com reports on how Georgia Tech School of Physics researchers,  and a multidisciplinary team, have created a 3D-printed MuddyBot, a mechanical robot that mimics movement of the African mudskipper.

The Muddybot, above, uses movement principles based on the mud skipper to navigate across a surface filled with granular materials. The bot is powered by electric motors has two limbs and a powerful tail.

The locomotion, researchers believe, is similar to how early terrestrial animals moved on mud and sand 360 million years ago using powerful tails to propel themselves and to climb.

The team included physicists, biologists, and roboticists from the Georgia Institute of Technology, Clemson University and Carnegie Mellon University.