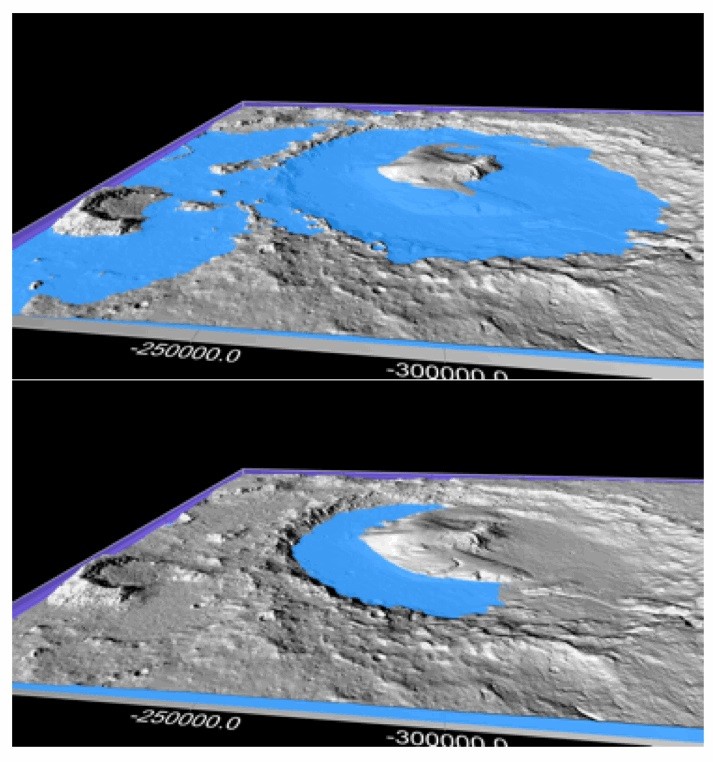 Gale Crater, above, on Mars was filled with water for up to 10 million years. Image: William Dietrich, University of California Berkley 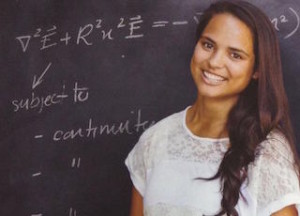 Natasha E. Batalha is the lead author of “Climate cycling on early Mars caused by the carbonate–silicate cycle”, published in Earth and Planetary Science Letters.

The Penn State third year PhD student in astronomy and astrophysics, and colleagues, posit that there was an up-to-10 million year warming period on Mars when atmosphere was filled with carbon dioxide and hydrogen.

The resulting water produced cut the red planet’s surface in ways that astronomers have long considered. “With the cycling hypothesis, you get these long periods of warmth that give you sufficient time to form all the different Martian valley networks,” said Batalha.

The Nittany Lion researchers dismiss an earlier that asteroid impacts warmed the planet, as occurring over too short a time period to create enough water. However, the scientists also said more study is necessary to resolve is sufficient hydrogen and carbon dioxide could have been produced to warm Mars.

[STEMRules explained the Webb in Preparing a Hexagon to Explore Cosmos]

Her research is funded by the National Science Foundation Graduate Research Fellowship Program (GRFP) and she is a member of PSU’s Center for Exoplanets and Habitable Worlds as well as the Virtual Planet Laboratory.

She worked on Mars project with Ravi Kumar Kopparapu, assistant research scientist at the University of Maryland and NASA Goddard Space Flight Center, and with Jacob Haqq-Misra of the NASA Astrobiology Institute‘s Virtual Planetary Laboratory, and the Blue Marble Space Institute of Science

NASA and the National Science Foundation through a graduate fellowship funded the Mars research.

Outside academia Batalha is busy. She is the president of the Penn State Chapter of the nonprofit, Learn to Be. It provides one-on-one tutoring to underserved and homeless youth by pairing up with schools that create after school programs and partner with organizations like School on Wheels. Batalha also mentors students that produce science animations at the New York Film Academy.